Just how big is the autism spectrum?

I have been reviewing some of my resources and, interestingly, I have started to feel a bit uncomfortable about some of the things I have previously talked about! It is amazing how time can change perspective. At the moment, the thing I’m feeling most uncomfortable about is the clear divide/separation between autistic and neurotypical people that I have often created.

I have purposely had to emphasise this divide in order to teach people about the autistic experiences, but the divide is much less obvious in the real world. In my work, for the purposes of teaching, I’ve tried to say, “this is the autistic way” and “this is the neurotypical way.” But in the real world there is often no straightforward “autistic way” and no straightforward “neurotypical way.” You can’t 100% say, “Alis does this because she is autistic”, and you can’t say “John does this because he’s neurotypical.” Alis might well do that because she is Alis, and John might do that because he is John.

Also, behaviours we observe on the outside are not always accurate representations of what’s on the inside. Just because Katie appears “neurotypical,” on the outside, it does not mean she is. You cannot easily tell whether someone is neurotypical or autistic. A lot of people put on an act when they are in public.

Also, many people have autistic traits but do not have autism.

I used to feel quite hurt when people said to me, “I feel that way too” or “everyone feels like that”, in response to something I had said about my autism. I don’t feel as hurt anymore, because I have come to realise that yes, everyone and anyone could potentially feel that way, just because they are human. All the traits of autism are just human traits. Perhaps then, what makes someone autistic is having a combination of autistic traits? For example, a neurotypical person could say “I feel like that too” when I tell them how isolating social situations are for me, but they don’t share my rigid thinking or my sensory difficulties or my intense need for sameness and routine. It’s the combination of these things that makes me autistic, not just that social situations are hard.

I am proud of the work I have done in raising awareness and understanding of what, at the time of writing, I will call “autistic traits.” I frequently hear from people how much my strategies have helped them, or how much they can relate to me, even though they do not have an autism diagnosis, and would not care or be at all interested in getting one! They are quite happy with their lives!

So the best thing for me, that has come from building The Curly Hair Project, is that I have raised awareness of “autistic traits.” Which are, basically, just an alternative way of ‘being’. If I have opened minds, challenged someone’s point of view, or helped someone be more considerate and aware of how someone else might experience the world in a way that is different from them, then I have made my legacy. 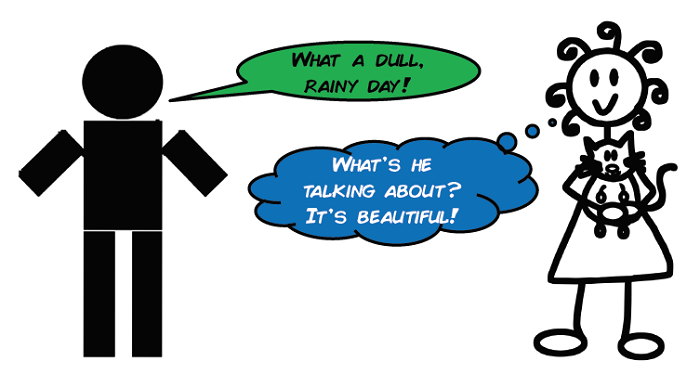 I strongly believe that everyone could benefit and learn from the strategies I give through my work. For example, we can all learn to be better at time management, to be less perfectionistic, to manage our anxiety, and to prioritise our own mental health above other people’s. We can all learn to have a good routine and make time for our hobbies. These strategies are not exclusively going to help autistic people.

Just to be clear, I still think autism is a serious disability!

Now’s the contradictory part! Having said all the above, I am writing this only because my lifestyle is one that is comfortable for me. I am not exposed to my autistic difficulties every minute of every day. I work alone at home a lot of the time. I don’t have to talk to people often.

My life is set up in a way that plays to my strengths and minimises my difficulties. I don’t feel impaired in this quiet, very isolated lifestyle of mine. If I had a different life, one in which I had to commute and go out to work somewhere with lots of other people every day, or if I was back in full time education, then I would feel very, very different. I would feel far more “autistic” and I would feel far more strongly that yes, there is actually quite a large difference between most people and me. I’d probably feel far more strongly about raising awareness of “autism”. Because it is when I go out in the world, that’s when I truly know that I have autism.

Since I know that most autistic people don’t have the lifestyle that I have, it is very important to me that I continue trying to make ‘normal, everyday life in the outside world’, as accessible and inclusive for autistic people as possible.

I’m not sure what the conclusion of this article is. I just wanted to say that I am now able to appreciate that people are all different, and that there are many people who are like me in some way. It is only with age and experience that a person would be able to see this though. As you get older (or at least, as I get older), you become far more aware of the diversity of other people. This, combined with the fact that getting older also means understanding yourself more, developing more coping strategies and having a greater tolerance for things, means I can confidently say it doesn’t bother me anymore when people say they have “autistic traits”, or that they “might be autistic,” or that “everyone’s a bit autistic.” Because I think all those things could be true. Traits of autism are traits of being human. Perhaps what is more misunderstood is that it’s not one single trait that makes someone autistic, it is a collection of known, evidenced traits, which makes someone autistic.

So it is very important to me that I have raised awareness of autistic traits, and not just autism, because it means that my work can help all people, not just autistic people. This is really important to me, as I 100% believe in inclusion and caring for each other as the individuals we all are, rather than separating people by the use of labels.

So if I have helped people to embrace individuality, then that’s the best thing I could have done! For example:

I am glad to raise awareness of many things, including:

Be alerted of new blog posts by email

Our blog is full of helpful information on a range of subjects including: understanding social anxiety, masking, how to manage perfectionism, how to improve communication, and strategies on how to feel less overwhelmed.

Watch our amazing animated films that provide an insight into the inner thoughts, feelings and experiences of someone who has autism.